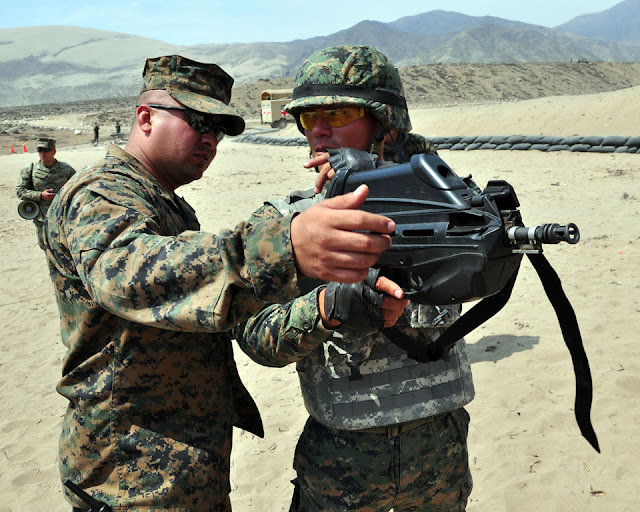 These Peruvian Marines are equipped with the FN F2000.  The F2000 is manufactured by FN Herstal of Belgium and has been in production since 2001 which makes it relatively new.  It is a bullpup configured assault rifle designed to be compact compared to traditional rifles.  The F2000 the Peruvian Marines are using is equipped with the standard 1.6x scope. 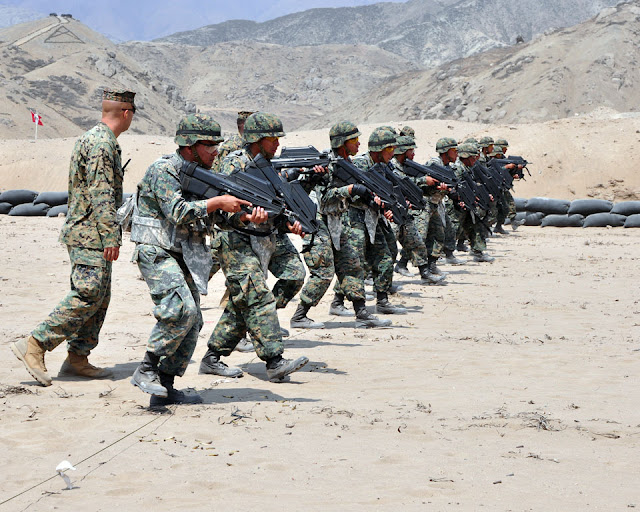 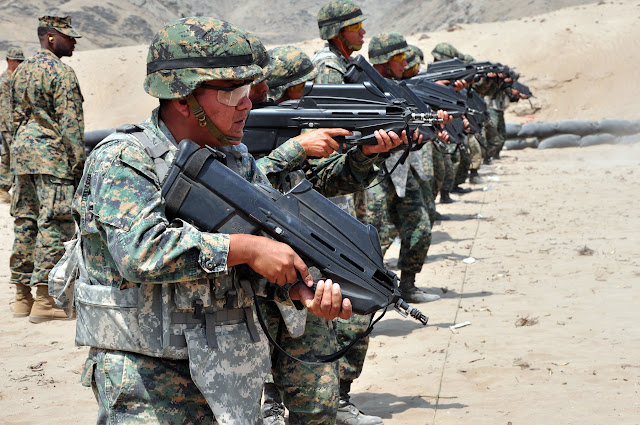 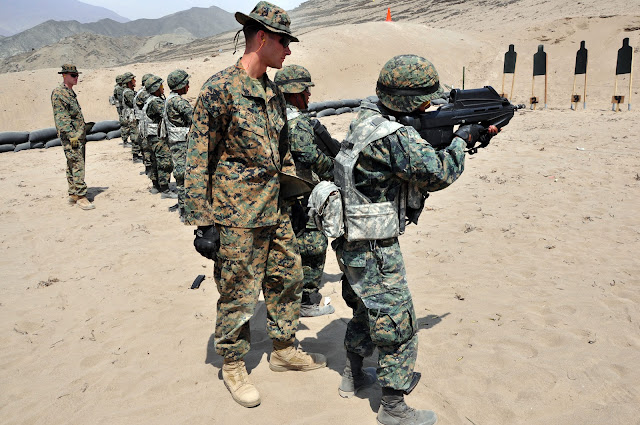 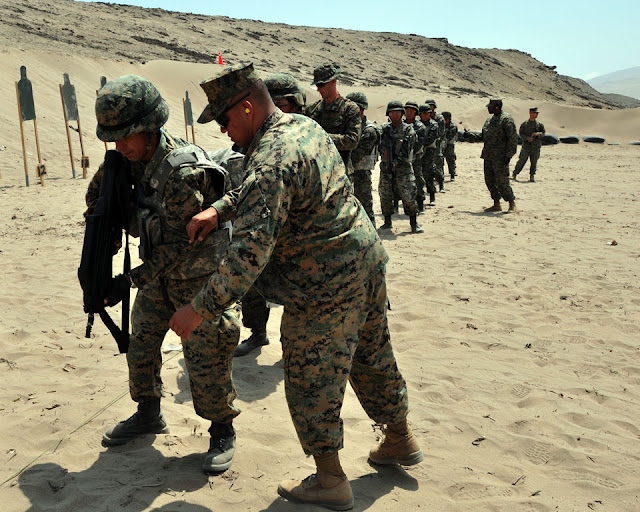